Episode One: Unpacking the Personal Library featured on The Authority File Podcast 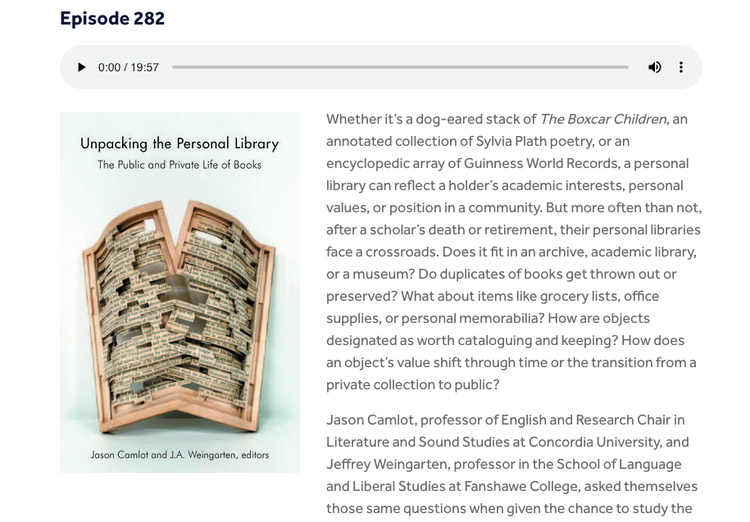 Jason Camlot and Jeffrey Weingarten, editors of Unpacking the Personal Library: The Public and Private Life of Books, are featured this month on The Authority File Podcast!

In this episode (the first of a four-part series) the editors map out the catalyst for the book — including serendipitous moments of discovery and inquisition while researching F.R. Scott’s and Mordecai Richler’s collections — and provide background on their areas of study and how their parallel interests led to Unpacking the Personal Library.

To listen to the first episode of the series, and to read the full press release, visit: https://www.choice360.org/podcasts/episode-282/. Subsequent episodes of the four-part series will be released on consecutive Mondays throughout October.

Many thanks to the Authority File team for featuring this work and hosting these conversations!